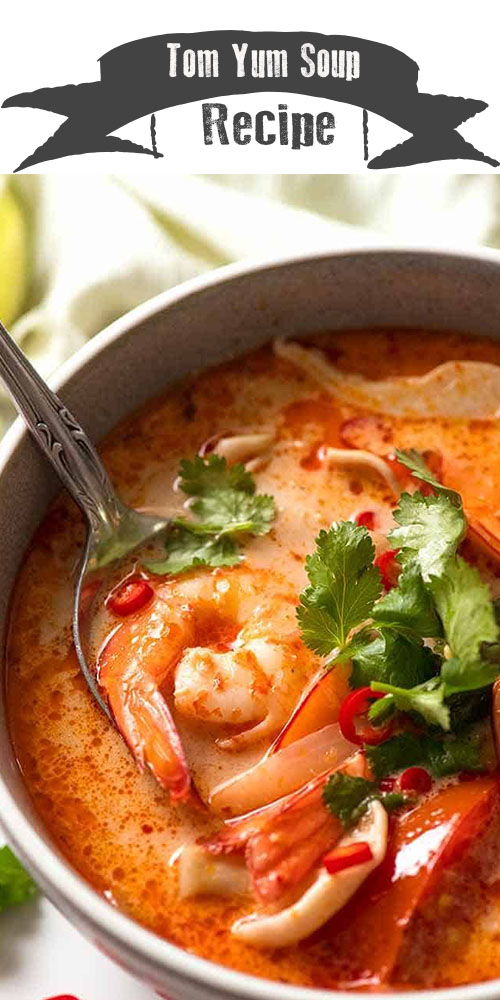 Tom Yum Soup – This recipe of Thai Tom Yum Goong  is the best one you’ll ever try. This Tom Yum Soup , full of mushrooms and shrimps, gives you the mix  of spicy, sour, flavoursome tastes you’ll never forget!

WHAT IS THE ORIGIN OF TOM YUM SOUP?

Tom Yum is one of the most famous kind of dishes from Thailand.Tom  refers to “ boiling process” and Yum means “mixed” .In this best,original recipe of Tom Yum Goong ( Goong means Shrimp),you’ll see how easy to make a yummy Tom Yum Soup.If you want to,you may add some other seafood  such as scallop  and squid.

1.To cook the best Tom Yum,you need make shrimp boullion  simply by boiling the shrimp heads with water.A well-made boullion will give  you an excellent taste of Tom Yum.

2.To have the spicy taste of Tom Yum,use nam prik pao (Thai roasted chilies paste) and to create the flavorful taste,use the galangal,lemongrass , kaffir lime leaves and bird’s eye chilies.

3.To have the Bangkok style,a creamier and whiter Tom Yum,pour some tablespoon of evaporated milk into the soup.

You are going to have the best bowl of Tom Yum Soup when you have all of  these ingredients.

Thai people believe that Tom Yum is very good for their health.

WHAT IS THE DIFFERENCE BETWEEN TOM YUM AND TOM KHA?

WHAT DISHES TO SERVE WITH THIS RECIPE?

Some other Thai Food such as Thai Shrimp Cake,Thai minced Chicken Salad ,Pad See Ew and Pineapple Fried Rice are best served with this meal. 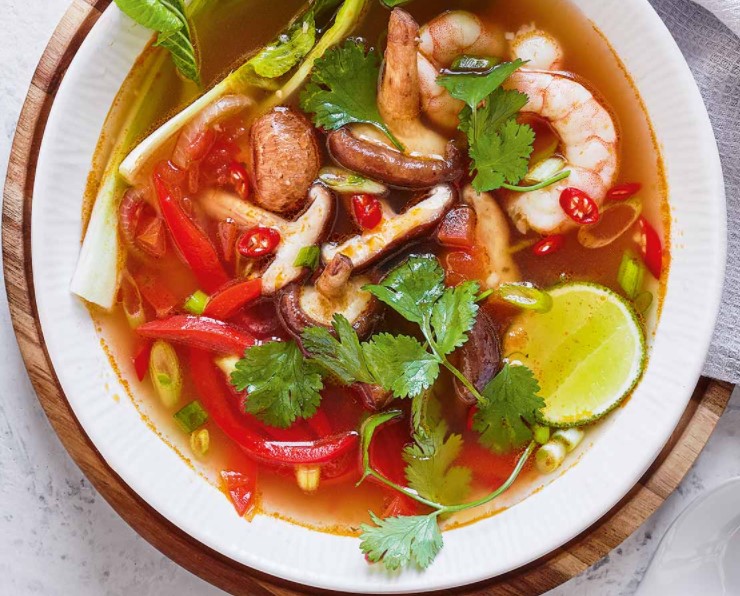