This simple, easy to follow, short taking time-only more or less 15 minutes, homemade recipe of Tequila Lime Shrimp, which is a famous shrimp dish from Mexico, will really give you a mouthwatering dish you are going to enjoy! 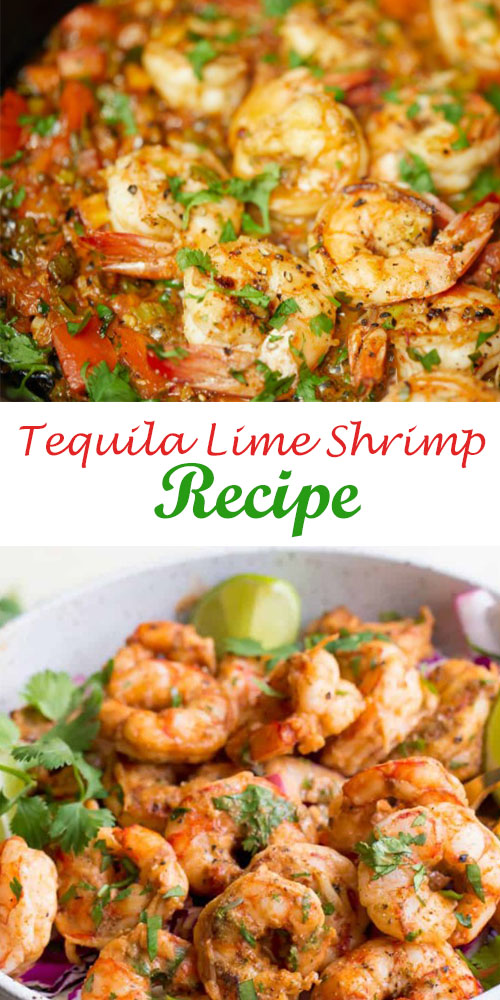 Once you know how to make Tequila Lime Shrimp on your own at home, you will find out that it is not that difficult and also not as expensive as you go and buy at the Eatery/ Restaurant. Do try!!

Tequila Lime Shrimp is very popular in Mexico. The basic ingredients are tequila, Mexican liquor, and shrimp. Tequila Lime shrimp is really excellent for making Shrimp tacos with flour tortillas. Before going any further for this recipe, let’s find out more to one of the ingredients, Tequila.

WHAT DO YOU KNOW ABOUT TEQUILA?

Tequila is actually a name of a city in Mexico. This alcoholic drink is quite famous around the world especially because in many box office movies with Mexican or Latino background, the leading actors or actresses often drink this typical beverage from Mexico.

The region around and closed to Tequila is stated to be a UNESCO World Heritage Location and tequila as a beverage can merely be produced in several states in Mexico. Tequila is generally served as a shot with lime and salt around the globe.

Tequila was believed to be the first kind of liquor produced in Mexico. According to the history, the Spanish tried to create this liquor from agave to replace the liquor that ran out of that they brought to this territory.

Tequila is now Mexican nation pride. It becomes the intellectual property right of Mexican Government and contributes quite an income for the nation.

Mexicans have traditionally preserved the way they plant, tend and harvest the agave plants. They still do this manually without using any modern technology. They really know how to take care of the agave plant. They carefully trim the agave stalk avoiding the agave from dying too early.

When it comes to harvest time, the people who harvest the agave plant must know exactly which plants are ready to be harvested otherwise they can have the wrong plant with a wrong amount of carbohydrates for fermentation, the process needed to make Tequila.

After quite a long process, Tequila is usually bottled as silver tequila or pumped into wooden barrels to age. Some tequila brands are still owned by families, but most famous brands belong to big multinational companies.

With Tequila’s international reputation, this commodity often becomes a debate on how to arrange the production, sales and regulation of this product around the world. Mexico often has an argument with America on this issue.

Since Tequila is very famous around the world, many developed countries have their own agreement with Mexican Government to import Tequila to their countries. Even now, Mexico has a National Tequila Day which is celebrated on the third Saturday of March.

WHAT DO YOU HAVE TO DO TO HAVE THE BEST TEQUILA LIME SHRIMP AT HOME?

First of all, you need the ingredients fir the marinade such as tequila, lime juice, paprika, garlic, and cilantro.

Next, it is recommended to use a cast iron frying pan to cook the shrimps and the shrimps are seasoned with black pepper, paprika and salt for more delicious taste.

After that, the garlic and the shrimps are sautéed on high heat and they are drizzled in the tequila. As the liquor is going to vanish in high heat, the shrimp will be filled with the exhilarating tequila flavor.

Besides for Shrimp tacos, it is also possible to add the shrimp for toppings of zoodles or zucchini noodles.

This Tequila Lime Shrimp has only 186 calories per serving.

WHAT MEALS TO SERVE WITH TEQUILA LIME SHRIMP? 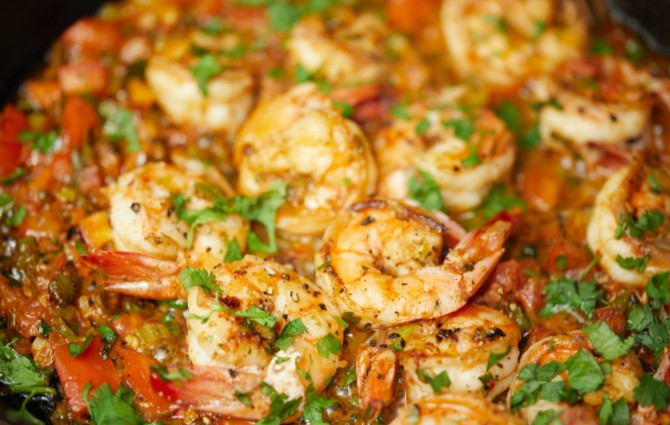 Some other meals such as Cilantro Lime Rice, Cilantro Lime Chicken, Sizzling Chicken Fajita and Sparkling Watermelon Lemonade can be served together with Tequila Lime Shrimp for more complete and healthy Mexican meals and weekday lunch or weeknight dinner.