How To Make Steamed Dumplings 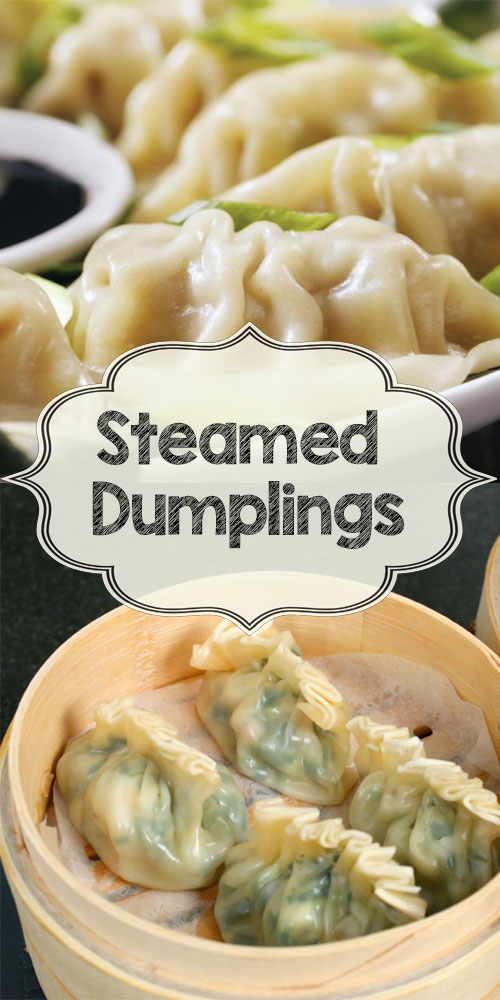 THE FLAWLESS AND MEANINGFUL STEAMED DUMPLINGS

When talking about dumplings, people usually refer to boiled dumplings, but as you may already know, dumplings can be not only boiled but also fried and of course, steamed. While talking about dumpling, it is also unavoidable not to talk about the popular ground meat filling and for Chinese Dumplings most of the time the ground meat filling is pork .But, you may also use beef or chicken as substitutes if you want to.

Besides only using ground meat filling, you can also mix the ground meat filling with some vegetables. Several well-known mixtures include pork with spring onion, pork with garlic chives, and pork with Chinese cabbage. Filling mixtures can be different from one to another depending on personal taste, season or region. Dumplings are usually served with a dipping sauce made of vinegar, chili oil, and soy sauce.

Talking more about Chinese Dumplings, people usually talk about wonton and its difference with a common Chinese dumpling, jiaozi. Well, wonton actually is just another kind of dumpling. The differences between wonton and dumpling are the skin wrapper and the way they are wrapped. Wonton is also more popular in Southern part, like Shanghai, than in the Northern part of China. No matter what, wonton and jiaozi are inseparable. They are under the same big umbrella of Chinese Dumplings.

Another kind of Chinese dumplings is goutie, commonly known as “potstickers”. This kind of dumpling is cooked slightly different from a common Chinese dumpling, jiaozi. If Jiaozi are just steamed or boiled, goutie or potstickers will be fried in oil after the water has been evaporated.

After talking so much about different kinds of Chinese Dumplings, now let’s focus on The Steamed Dumplings.

HOW DO YOU MAKE STEAMED DUMPLINGS?

It is that not that difficult to make dumplings. You can find and buy the ingredients, such as dumplings wrappers, ground pork, shrimp and several other ingredients at regular sores or at the nearest supermarket and don’t forget to prepare a bamboo steamer.

WHAT IS THE BEST FILLING FOR STEAMED DUMPLINGS?

Some people are wondering what to have for the ground meat filling for their steamed dumplings.

Well, as mentioned above, there are some options for the filling for Steamed Dumplings. The most common ones are ground pork and shrimp. However, if you are allergic to shrimp it’s still fine to have the ground pork only or you may have chicken or beef  to add the amount of protein to your Steamed Dumpling.

HOW DO YOU KNOW YOUR DUMPLINGS ARE WELL-COOKED?

Just use a toothpick and run the toothpick through one of the dumplings. Your delicious and healthy Dumplings are ready to be served if the toothpick comes out clean.

WHAT MEALS TO SERVE WITH THE STEAMED DUMPLINGS?

Some other meals such as Chicken stir-fried noodles, tea leaf eggs, or Chicken Siu Mai can be served together with this meal for more complete weekday lunch or weeknight dinner. 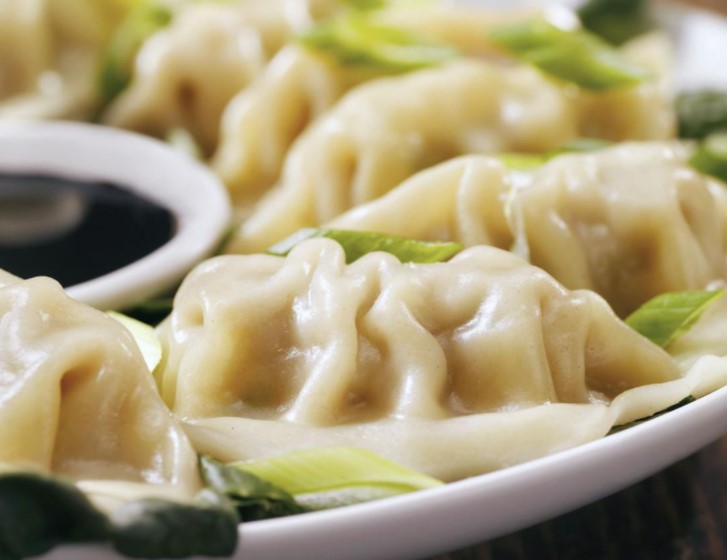 This meal has only 332 calories preserving