This original, homemade recipe of The Famous Beef Rendang from West Sumatra, Indonesia will give you the unforgettable flavor of rich and spicy taste of this exotic beef stew that will stay forever in your mind. Considered to be the most delicious food in the world, so there is no reason for you not to try out this recipe of once again, The Famous Beef Rendang! 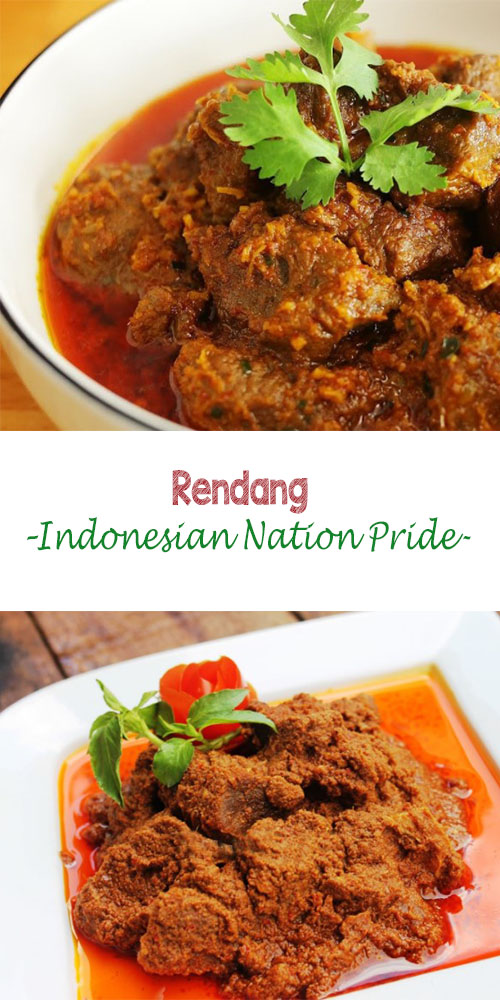 WHAT YOU NEED TO KNOW ABOUT “RENDANG”

Rendang is a very amazing and popular dish from West Sumatra, Indonesia. It is well-known all over the world and considered to be the number one the most delicious meal on earth. Rendang gains its international fame not only for its excellent flavor but also for its special way of cooking this typical Indonesian dish.

Rendang is a tender and spicy beef stew cooked using a special technique inherited from the West Sumatrans/ Padang People or The Minangkabau ancestors since a very long time ago. The amazing thing about Rendang is if you cook Rendand using the right technique, this dish can last for months and become more and more delicious from time to time.

As mentioned earlier, Rendang has an international reputation as The Most Delicious Meal so, no wonder that recently one famous American Chef, Gordon Ramsay came to Indonesia to find out more about this super delicious Beef Rendang. In collaboration with a well-known Indonesian Cuisine Expert, William Wongso, Gordon Ramsay managed to cook Beef Rendang using his own style.

Beef Rendang or Indonesians call  it “Rendang Daging” is the most popular kind of Rendang besides other kinds of Rendang such as Chicken Rendang and Lamb Rendang. Beef Rendang is a must available dish in many West Sumatran or Padang Restaurants around the world.

Originally and traditionally, Rendang is served at ceremonies and important events to honor guest. As time goes by, Rendang, especially the Beef Rendang becomes an inseparable part of daily meals among many Indonesians and Rendang is also loved by many foreign tourists.

WHAT DO YOU HAVE TO DO TO HAVE THE BEST “BEEF RENDANG” AT HOME?

First of all, since cooking Rendang takes quite a long time, you need to have the boneless beef short ribs or stew beef.  This cut of beef will be the important part of having tender and soft beef once you have it cooked. And then, cut the beef into small pieces to make sure that after quite long slow cooking, the beef’s chunks are all tender and soft with the nice smell from Rendang curry paste.

It is also highly recommended that when you cook Beef Rendang, cook in large amount. Do you know why? The reason is for sure, you will have some leftovers and as mentioned earlier, Your Beef Rendang will become more and more delicious the following day.

HOW MANY CALORIES PER SERVING ?

Beef Rendang has only 416 calories per serving.

WHAT MEALS TO SERVE WITH BEEF RENDANG? 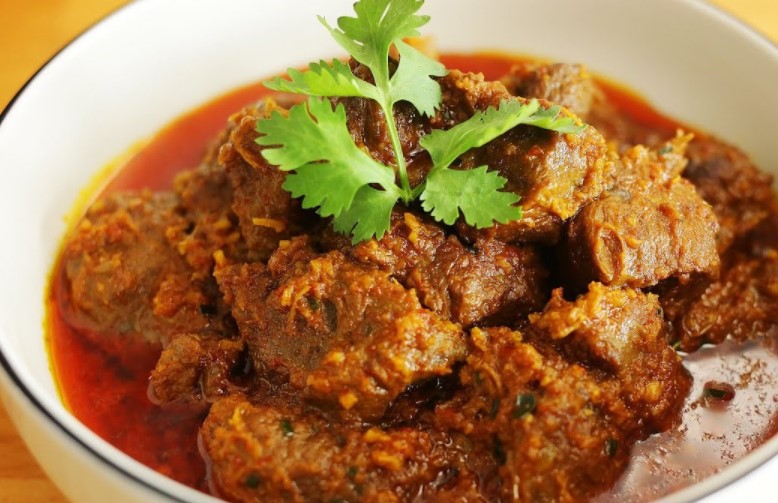 In many Padang Restaurants around the world, Beef Rendang is best served with hot steamed rice, special boiled cassava leaves, several slices of fresh cucumber and Sambal Merah and Sambal Ijo (Padang Red Hot Spicy Sauce and Padang Green Hot Spicy Sauce), but some other meals such as Chicken Satay, Nasi Lemak, and Veggie Fried Noodles can be served together with Beef Rendang for more complete weekday lunch or weeknight dinner.

FOR THE SPICE PASTE :