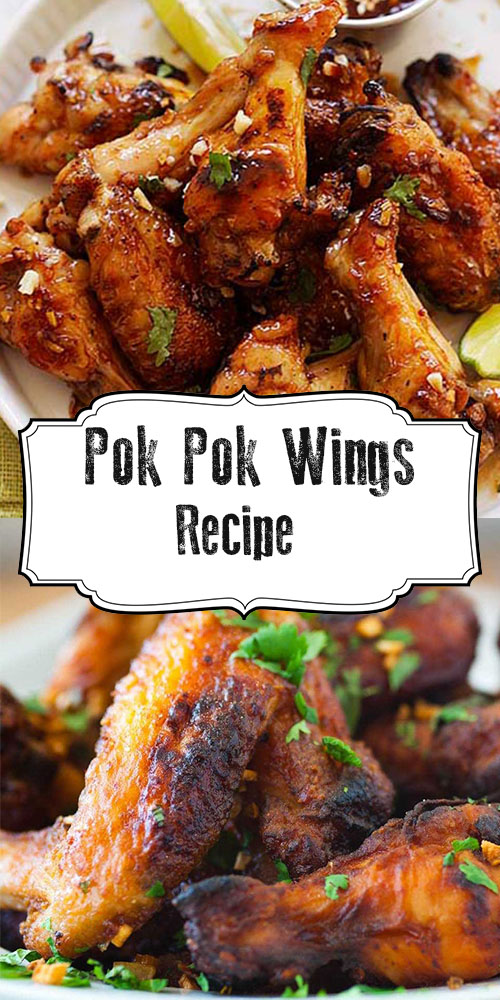 Pok  Pok  wings especially the ones using vietnamese fish sauce wings are very popular especially after  an American Chef, Andy Ricker,the owner of Pok Pok  restaurant brought this traditional Vietnamese dish to America. Pok Pok wings are so easy to make at your home and you’ll find the amazing taste of Pok Pok wings that will make you  want to have  them again and  again.

Pok  Pok which is actually  a pounding sound created by a pestle against a mortar  during the making of SOM TAM (Thai Green Papaya Salad) now becomes  well-known restaurant chains in America.

When Andy Ricker opened Pok Pok restaurant in New York, a famous food writer , Francis Lam  wrote in NEW YORK TIMES  and described Andy’s arrival to New York like this “…the Beatles were about to touchdown at Kennedy.”

The Pok Pok Wings recipe that you are about to try is named after a Vietnamese chef,Ike, who created this menu.That’s why it is called “Ike’s Vietnamese Fish Sauce Wings”.

This recipe is easy enough,just gather the ingredients,marinate,deep fry and coat the wings with the  sauce.

You’re going to have a crispy,savory, a little bit salty and sweet Pok Pok Wings with a strong aroma from the deep-fried garlic.

HOW  MANY CALORIES PER SERVING? 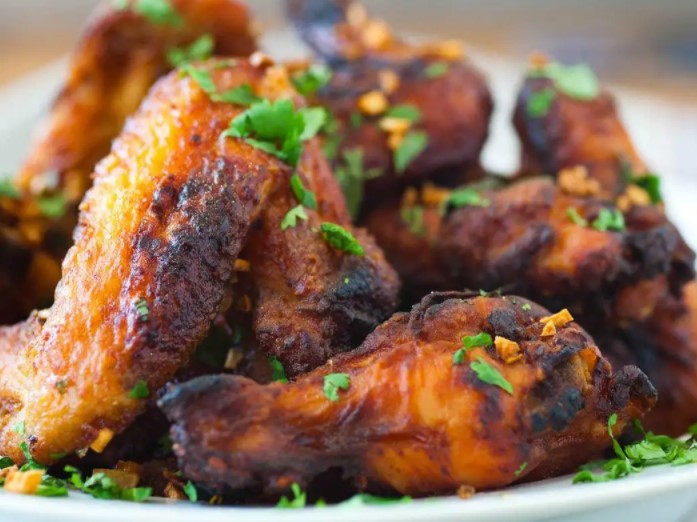 No need to worry,this recipe has only 368 calories per serving.

4.Prepare a small sauce pan and simmer the marinated chicken wings for  5 minutes over moderate high heat.Strain over and toss the chicken wings.Finally,put the cilantro,mint and fried garlic on the top of chicken wings.Voila,you have The Legendary Pok Pok Wings.