Getting bored of your soup? You might try another recipe of soup that comes from Northern Chinese, called hot and sour soup. It is easy to make, yet the taste is complex with the seasoning. The dish is popular as main dish in every chinese restaurants. Preparing the soup just takes your 15 minutes too. Here are some tips and recipe you need to know. 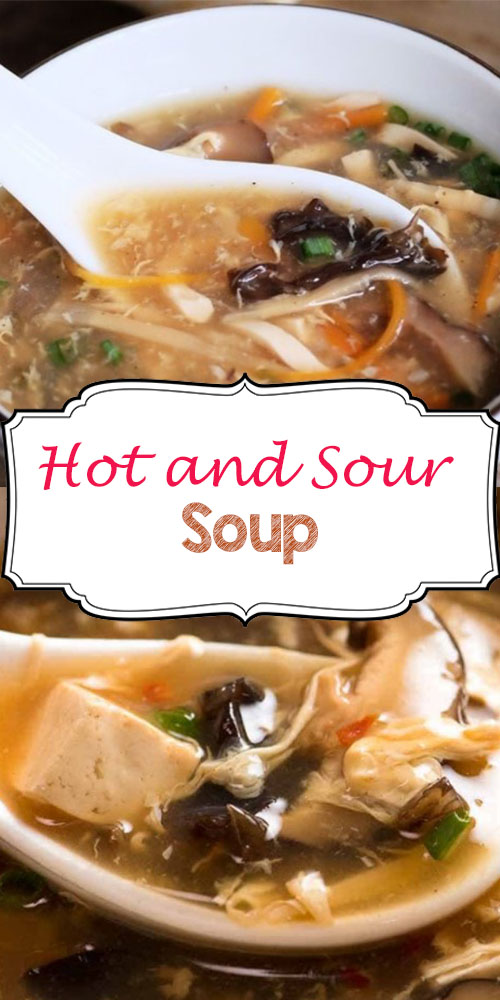 There are so many type of mushroom, but the most favorite one is the wood ear. This mushroom has unique taste and mainly used as Chinese main ingredient soup. Another mushroom is the white one which has stem and caps. It’s safe and edible, yet easy to find in the market. Using mushroom is this soup is a must, especially if you don’t use any meat like chicken or belly pork.

Though the soft tofu is mainly used in many chinese dish, but it will be difficult if you put it in the soup. Find another one which harder like the block one. It’s still soft, but you won’t damage it when cut it in strips. In the market, there are several type of tofu based on its taste such as the plain, egg tofu, and shrimp tofu. Any tofu is okay to cook for the soup.

There are two choices to create the broth, whether you use the real ingredients by boiling chicken or meat or choosing the instant seasoning. The simple way is using the instant broth. The favorite ones are chicken broth and mushroom broth. The umami taste will make you put neither salt nor sugar onto the soup. The soup won’t be greasy and the fat nutrition is lower.

Soy sauce has the role to create the look. Since the color is black, soy sauce will darken the soup. Not to mention that the soup would look tastier. Chinese soy sauce also has the umami taste. So the combination between broth and soy sauce will spoil your time to enjoy the meal. If you add the meat to the soup, better you marinate it first with the soy sauce.

Though it’s called as hot and sour soup, actually the sauce is quite thicker than any soups. The dish uses the batter from cornstarch and water. It’s put on the soup after the broth has boiled. You should pick the best quality cornstarch and use the 2:3 ratio for the water. Otherwise, there will be granule in the soup.

Broth is the main part of the soup. You can easily buy a can of chicken or any vegetables broth. Afterwards, mix the broth which usually comes up with powder into boiled water. It’s easier and cheaper instead you make it from the real meat. It won’t grease the soup which will be added by the cornstarch batter. Another choice is more delicious, but you need more time in preparation.

You might find that the mushroom is dry when you buy it. If it’s so, soak it in the water until it’s hydrated. The hydrated mushroom tend to be softer and easier to cut. Especially you use the wood ear ones, it takes time up to two hours. If you think it’s too long to wait, speed this process by soaking it in hot water. Boiling it for 5 minutes is enough to get the soft mushroom.

Egg is like the topping of the soup. So, avoid to put it when the pot is still on the heat. After you take up the pot, crack the egg onto the soup so it won’t be boiling there. Swirl the egg using the chopsticks for 3 until 5 rounds. You may wonder why the step important, but the silk egg is only resulted if you do swirling properly. This secret technique will beautify your hot and sour soup.

If you think that mushroom and tofu aren’t enough, you can add several ingredients. There are various choices such as bamboo root or sliced carrots. The combination will give color to the soup. Other seasonings that you can put up to the soupare sesame oil to make it savory, chinese vinegar to give strong flavor, and more dark soy sauce to darken the soup. 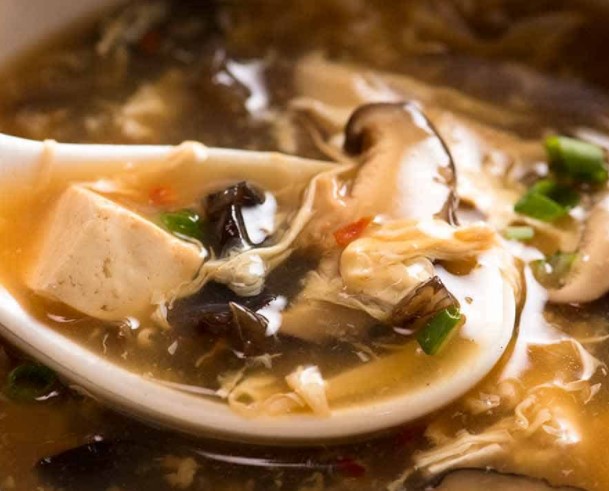 Some of you may need dried chili to make it more spicy. You are able to create this dish by combining any other seasoning, make it less or more. No wonder the dish is popular since it’s simple and easy to cook. The savory flavor of hot and sour soup will warm your day too.

Spicy But Tasty Chinese Hot Pot and How...