This practical and original homemade recipe of Chicken Vindaloo will give you an extremely hot Indian curry you will ever taste! Made with sugar, ginger, vinegar and some spices, Chicken Vindaloo is popular in India especially in the region of Goa and Kerala. 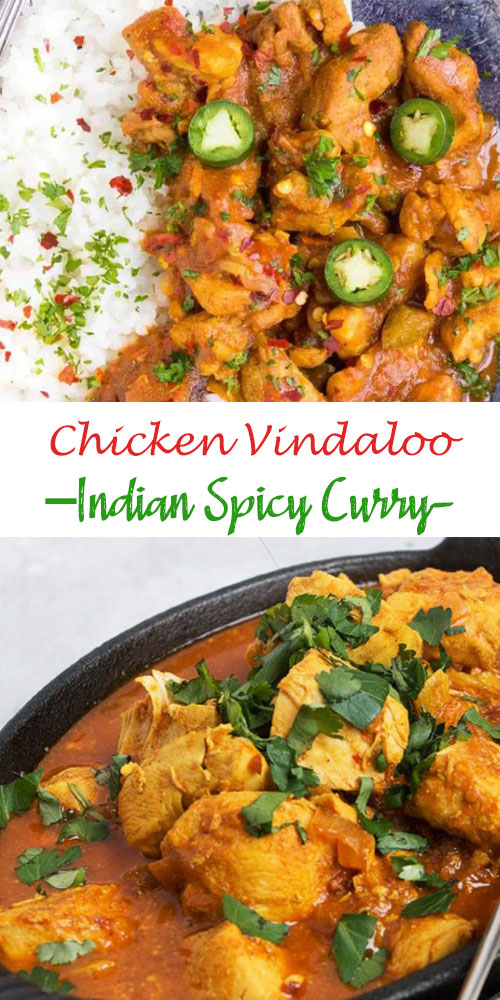 THE EXTREMELY HOT AND MEANINGFUL TASTE OF CHICKEN VINDALOO

As time went by, the People in India especially in Goa, Konkan and Kerala made a local version of this dish by changing the wine  with palm vinegar and also add the dried-red chili peppers along with some other spices. They also use potatoes in Chicken Vindaloo because by doing this, it makes the amount of Chicken Vindaloo much more and it makes the curry sauce thicker a little bit.

Actually, in the original and traditional Vindaloo, people in Goa do not use potatoes but perhaps since the meat doesn’t come at affordable price is the reason why they use potatoes for the additional ingredient. The word “aloo’ in Hindi actually means “potatoes”, but it does not have the meaning of potatoes in Vindaloo.

This Vindaloo became famous because the Cooks at Goa Restaurants cooked Vindaloo with pork, which is the original version of Vindaloo. So, many British sailors liked this and they told others on how delicious Vindaloo was. That was the time Vindaloo started to gain its fame.

At present, more and more people around the world get to know and enjoy Chicken Vindaloo because this dish is a must-served menu in many Curry Houses and Indian Restaurants. Originally, as mentioned earlier, the dish used pork for the meat, but like in this recipe, besides chicken, now people also use other kinds of meat like beef or mutton for the Vindaloo.

This Chicken Vindaloo has only 360 calories per serving.

WHAT MEALS TO SERVE WITH CHICKEN VINDALOO? 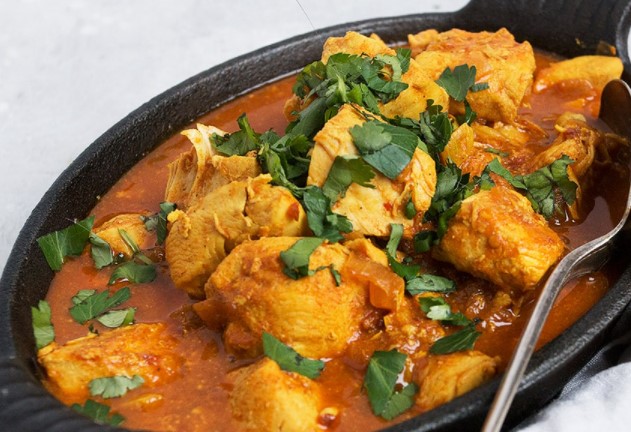 At many Indian Restaurants, Chicken Vindaloo is usually served with the Indian Steamed Basmati Rice. Some other Indian meals such as Chapati (Indian Flat Bread), Tandori Shrimp, Naan, and Easy Samosa can also be served together with Chicken Vindaloo for more complete Indian weekday lunch or weeknight dinner.

FOR THE SPICE BLEND :