This simple, easy to follow, short taking time – only more or less 30 minutes-, homemade recipe of Branzino –The Italian Name For European Sea Bass- with Japanese Seasonings, smoked and pan-grilled using fresh Branzino fish fillet will give you a very excellent taste of seafood dish with high –end restaurant quality! Do try!! 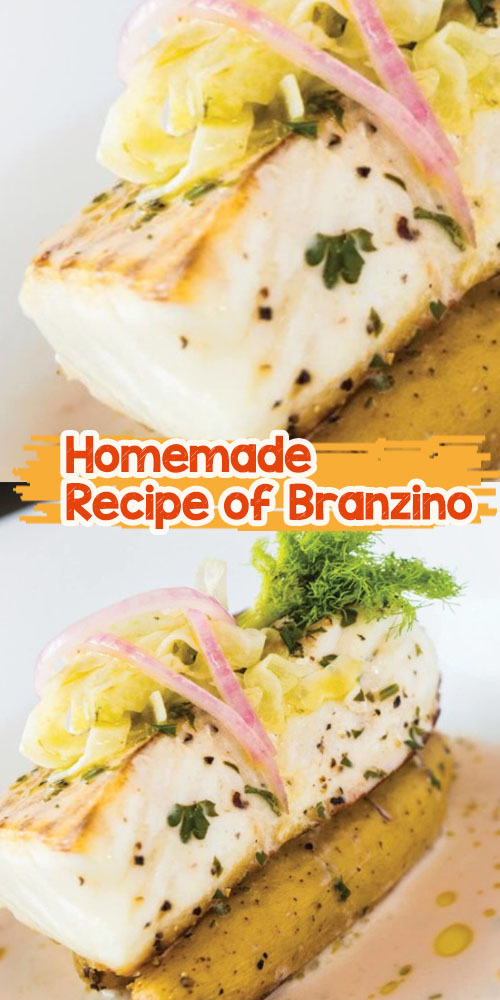 Branzino is an Italian word to call the European Sea Bass. This fish origin is in the Mediterranean of Western Europe. The fish is very famous in Italy and it is usually served as a whole roasted fish with lemon, olive oil and Italian Parsley.

With its silver skin, lean and long body and many scales, the fish usually weighs from 1-3 lbs. After you cook the fish, you will get a soft white flesh and many people really love its light, flaky texture and delicate flavor.

As mentioned earlier, the fish is usually served at high-end restaurants in America or Europe. It is strongly recommended for you to try out this Barnzino recipe if you have the fish because the taste is certainly and really delicious.

Basically, you can serve Branzino in two ways either as a whole fish or as fish fillets. No matter what your choice is, the taste will be tasty, tempting and appetizing.

Anyway, culturally many Americans don’t serve the fish as a whole with its tail, head and fish bones. If Branzino fillets are the choice, then you can pan-sear, bake in the oven or roast the Branzino fillets.

WHAT DO YOU HAVE TO DO TO CLEAN UP BRANZINO?

And then, the gills are removed by using your hand. Next, the fish is disemboweled. An opening is sliced along the fish stomach, all the way from below the gill down to the base part of the fish stomach.

Much fatty guts are inside the stomach cavity. The fatty guts can be pulled out by using your hand. A pair of kitchen scissors is used to help you chop off the guts or the internal organs of the fish.

After that, the inside and outside of the fish are cleaned up completely using cold running water after you gut or take out the internal organ of the fish.

Finally, the fish is pat-dried with paper towels and you have your fish ready to cook as a whole or chop into fillets. The most common way to cook Branzino is by grilling the whole fish. But as mentioned earlier, you can also bake the fish in the oven or roast the fish.

Last but not least, Branzino is really good for you not only because it is served in high-end restaurants but also because it is an excellent source of proteins and vitamins.

HOW MANYCALORIES OF BRANZINO PER SERVING?

Branzino has only 344 calories per serving.

WHAT MEALS TO SERVE WITH BRANZINO? 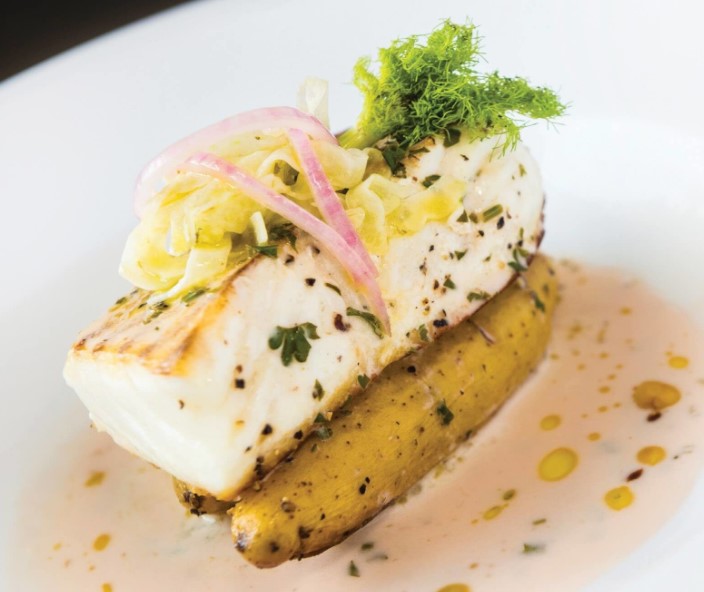 FOR CLEANING UP THE BRANZINO :

Next, prepare a container. All the ingredients in Marinade are mixed together in the container. They are stirred to mix properly. The Branzino fillets are removed into the Marinade. You must be sure that both sides are well-coated with the Marinade. The container is covered and it is let marinate in the refrigerator for 2 hours or to get the best result for overnight.

FOR GRILLING THE BRANZINO :