Now it’s time for another fun with a twinkie cupcakes recipe. So, do you want to eat a cupcake but worry about not having much time to make it? Take it easy, you don’t need a whole day of struggling in the kitchen just to make delicious cupcakes. 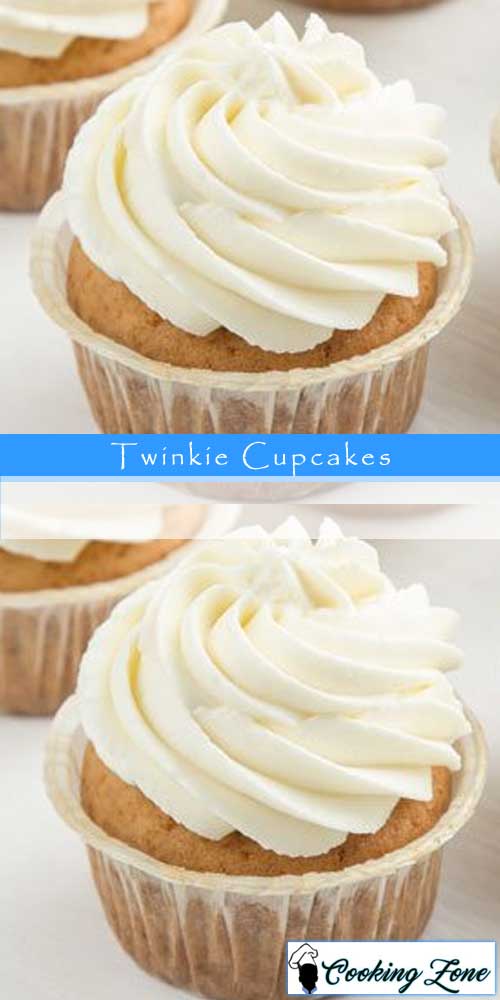 Just prepare a few simple ingredients, mix it in one, put it in the oven, and voila! Half an hour later, a warm, soft cupcake is ready to accompany the rest of your day.

To make it more delicious, spread the surface of your cupcake with your favorite frosting. Still in doubt about making your cupcake? Besides being delicious, the recipe for a vanilla cupcake, chocolate, and strawberries below is very easy and quick to make. Guaranteed, you must be addicted by this twinkie cupcakes recipe!

How To Make Twinkie Cupcakes Recipe

For The Filling and Buttercream

Preheat your oven to 325ºF and place 24 cupcake liners in a cupcake pan.

In a clean bowl beat with an electric mixer, the egg whites and cream of tartar until soft peaks. Slowly add 1/4 cup of sugar into the mixture and whip until stiff peaks form. Set aside.

In a large bowl using an electric mixer, beat the egg yolks with the remaining sugar, vanilla, and almond extract, until thick and creamy. Fold egg whites into yolks. Sift flour and salt over mixture and fold gently. Pour into cupcake molds about 2/3 full. Bake until a toothpick inserted comes out clean, about 15-18 minutes. Remove from oven and cool.

For The Filling and Buttercream

In a large bowl beat together the butter and powdered sugar. Whip in the marshmallow fluff and whip until light, about 5 minutes. Add the vanilla extract and stir. Place in a pastry bag fitted with a star tip.

Using a paring knife, remove some of the middle of the cupcake. Set middles aside. Pipe the buttercream into the cake and top with the cut out cake. Pipe with the rest of the frosting and decorate.

You can also use a cupcake corer to cut out the middle of the cupcake.

If the frosting seems a bit runny, add a bit more of powdered sugar.