These easy Nutella Brownies are fudgy, gooey and perfectly chocolate-y. They have a delicious chocolate hazelnut flavor that isn’t too rich, and a gooey texture with crinkly brownie tops. The best ever Nutella brownie recipe! 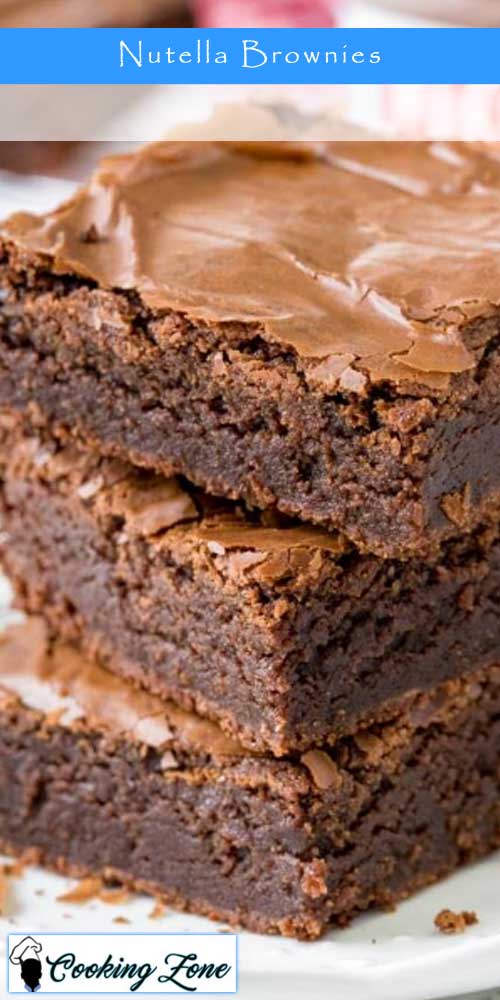 If there’s one thing I can’t say no to, it’s Nutella. Creamy, chocolate-y, not too sweet, and filled with hazelnuts. It’s chocolate perfection if you ask me. And if you love Nutella, then you need to try this Nutella brownie recipe. These brownies are thick, chewy, a little gooey in the middle, and not too rich. They have the perfect chocolate hazelnut flavor and the perfect brownie texture.

And because I think brownies > cake. 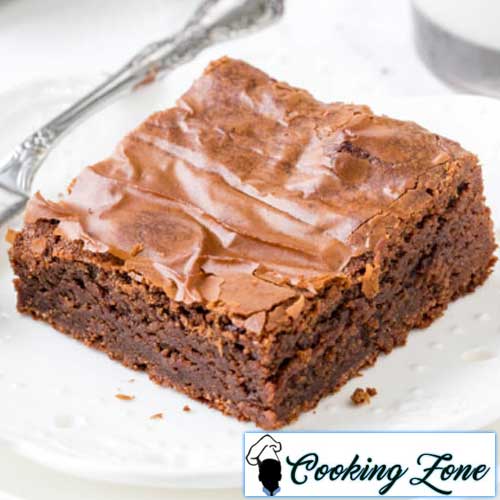 These Nutella brownies are super easy to make and turn out ridiculously fudgy, not the least bit cakey, and have the most delicious chocolate hazelnut taste.

To get started, we melt together 1/2 cup unsalted butter with 3 oz dark chocolate. Using melted chocolate makes the brownies have a fudgier, gooier texture. If you prefer brownies that are a little sweeter and a little less rich, you could use semi-sweet chocolate instead of dark chocolate.

When the mixture is still warm, whisk in the sugar. Allow it to cool for a few minutes, and then whisk in the eggs. It’s important that the mixture isn’t too hot when you add in the eggs or else they can scramble (which we definitely don’t want). Then stir in the Nutella and vanilla extract. I often warm up the Nutella in the microwave for about 30 seconds first so that it’s a little thinner and easier to mix in.

Then carefully fold in the flour and salt. When making brownies it’s super important to fold in the flour gently without stirring aggressively. If you stir the flour into the batter a lto – it causes more gluten to form and the brownies will be tougher instead of moist, chewy and a little gooey.

Then pour the batter into the prepared pan and bake for 30-35 minutes. Baking times definitely vary between ovens – so I always recommend being baking brownies a little less because I prefer my brownies gooey in the center. If you’re baking brownies in a glass pan they can take up to 5 minutes extra to bake. Please note that if you cut into brownies while they’re still warm (especially if you underbaked them slightly for gooier brownies) – they can be a bit messy. A deliciously fudgy mess – but definitely a little messy.

I sometimes “decorate” (AKA increased the Nutella factor) these brownies by spreading some Nutella on each brownie – but that’s totally up to you. They’re also delicious plain, or with a scoop of ice cream. Let your inner chocolate lover be your guide.

How To Make Nutella Brownies