This skillet shrimp recipe is ready in minutes and packs so much flavor thanks to the cream sauce loaded with sun-dried tomatoes and garlic. Serve as is or over zucchini noodles or even a pile of steamed broccoli! 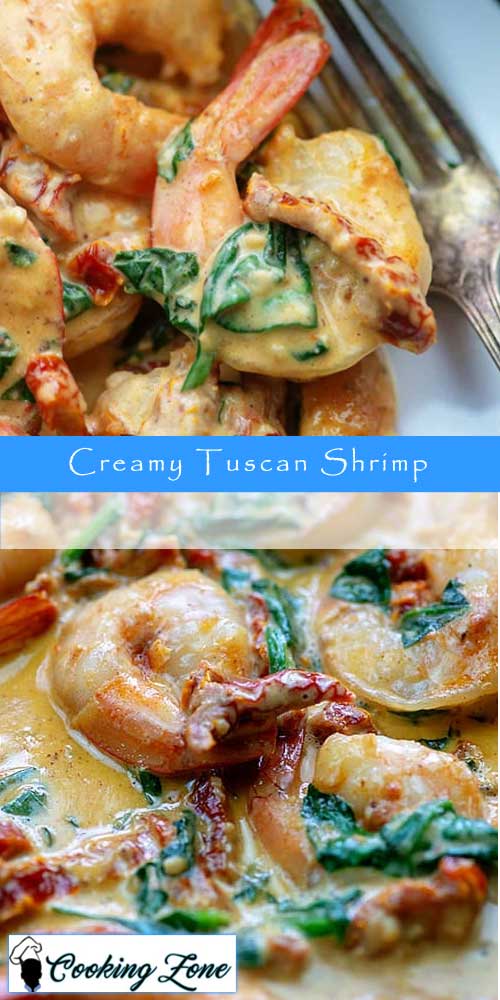 Lately, I’ve been craving sun-dried tomatoes. There is so much flavor packed into such a tiny little piece of tomato goodness.

Luckily, you don’t need a ton of sun-dried tomatoes to add loads of flavor to a dish – like this creamy Tuscan shrimp.

This skillet shrimp recipe is low carb, family friendly, and it’s ready in about 15 minutes. I love quick dishes like this that taste like they were so much work and took you hours to prepare.

Ready to see how easy this shrimp recipe is? 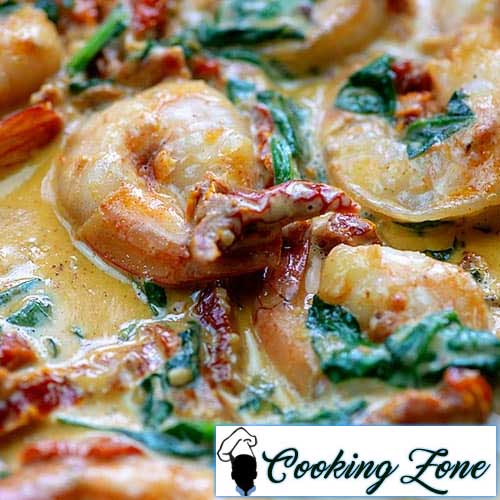 How to make this skillet shrimp recipe:

To start, we’re going to melt some butter in a large, heavy bottomed skillet.

Add in your shrimp and season it with some garlic powder and paprika.

Please note: I am using shrimp with the tail on because I think they look prettier in the photos. You’ll probably want to use shrimp with tail off for easier eating. 😉

Cook the shrimp until pink and opaque and then remove them to a bowl.

Pour some cream into the hot skillet. Add in your sun-dried tomatoes and garlic and give it a good stir.

Let this mixture cook for a couple of minutes to reduce the sauce just a bit.

Add some spinach and stir it around, letting it cook until it’s wilted.

Stir the shrimp back into the sauce and season with a bit of salt.

That’s it, friends! Dinner is served and it’s taken you just about 15 minutes from start to finish. Crazy, right?

Why we love this easy shrimp recipe:

We love having lots of shrimp recipes on hand for busy nights because you can start with a bag of frozen shrimp and thaw it under cool running water in the sink in about 10 minutes, making it perfect for those nights when you have no idea what to do for dinner.

This shrimp recipe takes less than 15 minutes from start to finish, but it tastes like you’ve been slaving away all day.

Best of all, this dish is very versatile! Serve it over zucchini noodles, spaghetti squash, low carb pasta, or with a side of steamed broccoli. No matter how you serve it, it’s always a hit because that cream sauce is seriously divine!

How To Make Creamy Tuscan Shrimp

Heavy cream will make the thickest, creamiest sauce – milk will not work as a substitute.

Easy Beef and Broccoli in 20 Minutes