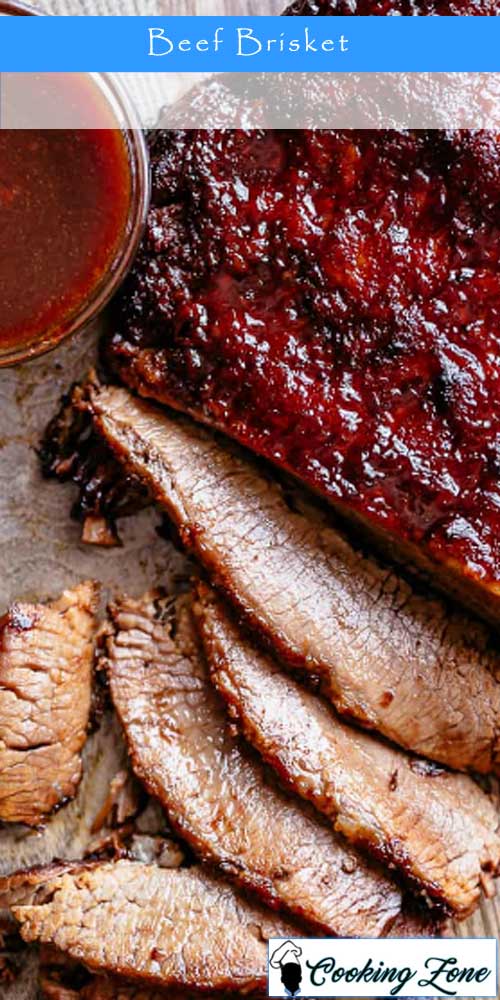 Filled with amazing flavour, this beef brisket recipe is deliciously easy to prepare. Rubbed with the best dry rub and smothered in a mouthwatering barbecue sauce, this is the stuff food dreams are made of.

The best Brisket is full flavoured with spices to make the beef shine. A fool-proof recipe with a delicious homemade rub and barbecue sauce that will totally knock your socks off.

Brisket is a beef cut from the breast section of the animal and normally sold boneless. Because brisket is a tough cut of meat, it yields the best results when slow cooked or braised in a slow cooker.

A rare cut, Brisket is unlike other beef cuts like chuck or short ribs where the beef falls apart and shreds. For instance, when slow cooking for hours, it holds its shape and slices easily instead of shredding.

Therefore, it is the perfect cut to slice and pile into sandwiches, sliders or serve on its own with a good heaping of mashed potatoes.

How To Cook Beef Brisket

Firstly, you’re going to start with an incredible spice mix to rub all over your beef brisket. Don’t let the semi-long list of spices deter you! This is where all of the flavour comes in without any need of marinating.

All you need is:

In addition, you’re going to drizzle your brisket all over with olive oil to let that rub spread nice and evenly. 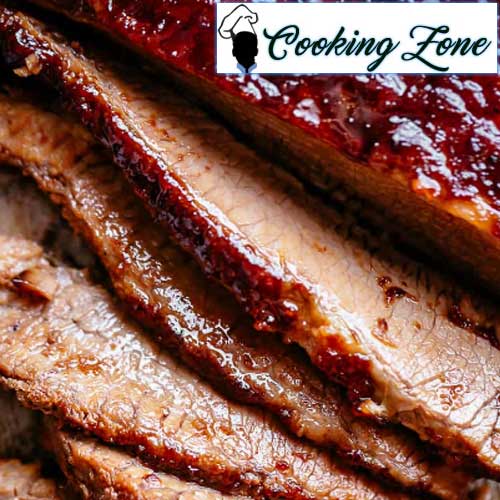 How Do You Make Beef Brisket Tender?

The best place to get your brisket tender and juicy without drying it out is the slow cooker. It is absolutely fool-proof and perfect for first-timers OR for lovers of slow cooked beef.

Whip up your barbecue sauce and pour half of it all over your beef — you’re going to use the remaining half for later when basting! Let it cook low and slow for 8 to 10 hours.

Lastly, for crispy, charred edges, you’re going to broil or grill it in the oven to caramelize the edges and create a beautiful crust on the meat. I love mixing the pan juices leftover in the slow cooker bowl into the remaining barbecue sauce to baste the brisket in for the ultimate flavour!

what size brisket should i buy?

For this recipe, use a 4 pound cut (or 2 kilo). If you have a larger or smaller cut, you won’t need to alter the measurements of spices or sauce because there is plenty to go around. The more the merrier!

Usually uncooked weight equal to 1/2 pound (or 1 kilo) per person is the suggested way to go. You can always ask for two pounds extra to allow for delicious leftovers.

what can i use instead of brisket?

You can substitute other beef cuts for this recipe, like a boneless chuck roast, blade roast or even short ribs.