Banana and Nutella Rolls – need I say more? These are truly for the Nutella fans! Simple to make, healthy because they’re baked, it’s yum in your tum! 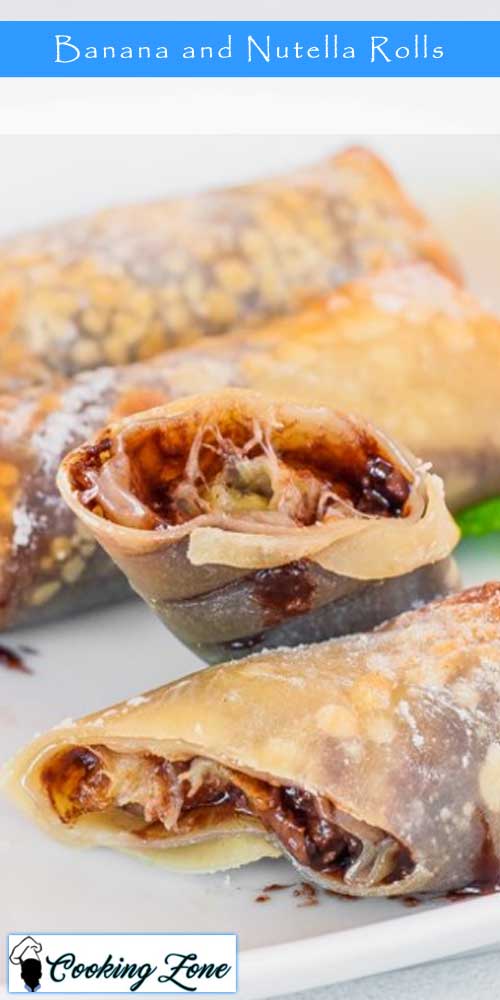 It’s the weekend again and to top it off it’s a long weekend so I’m extremely happy. I love long weekends. It’s time for cocktails, barbecue and awesome desserts. While I was enjoying my mojito out on the deck, an idea came to me! Nutella and banana in an egg roll wrapper! Earlier this summer I did nutella and strawberries in wonton wrappers and they were just awesome and a success.

It is time for something different though. So I always knew bananas and nutella were a great marriage so putting them together in a wrapper is just the next logical step. 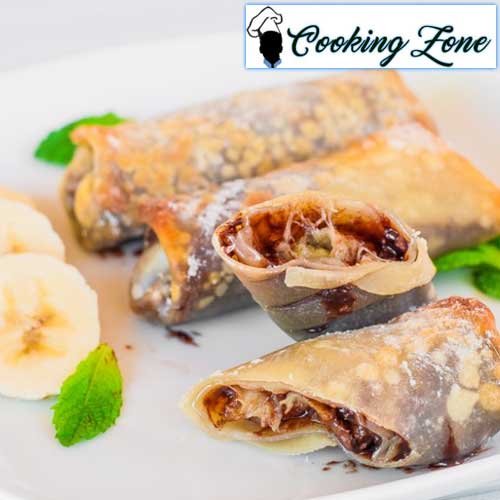 I was thinking of coming up with my own name for these and calling them banatella but then I should have named my nutella and strawberry wontons stratella. Banatella and stratella! I kind of like the sound of that. lol

Well this time I made these babies “healthier” by baking the rolls and trust me baking them didn’t make them lose any flavor at all. They were just as delicious as though they were fried, without the guilt.  I only made 6 rolls, but let me say I barely got a chance to take pictures and they were gone. Yummy! I don’t think I need to describe how good they are, if you’re a nutella fan as I am, you know how good anything with nutella is.

I’m still thinking of someday mixing nutella and bacon together, but for now bananas and nutella it is!

How To Make Banana and Nutella Rolls