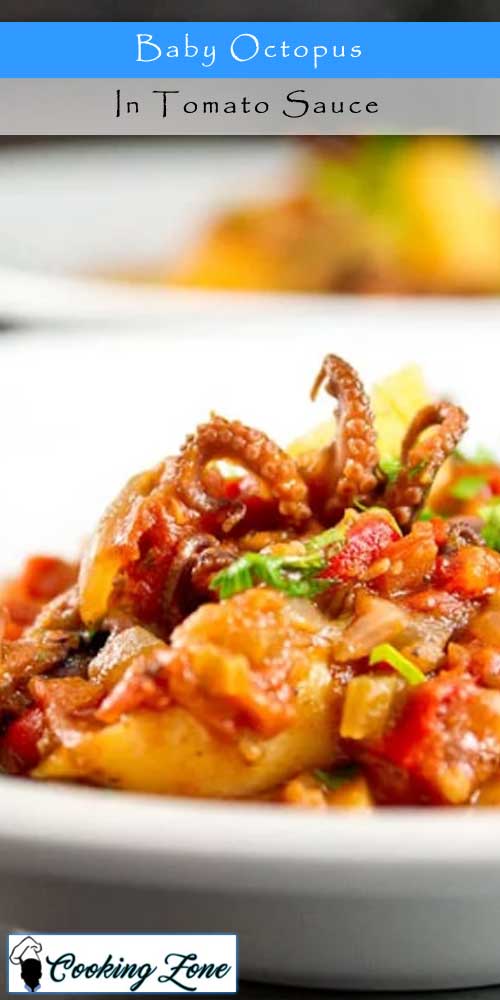 While doing my weekly sweep of the Whole Foods seafood case, my eyes wandered across a tray of glistening octopus that looked like it had come straight off the boat. I’d never seen fresh octopus in these parts, so I checked the label, and sure enough, it was “previously frozen”. It did look good though, and at less than five dollars a pound, I figured I had nothing to lose.

I’ve never cooked octopus before, so I figured it was worth looking up in my food Bible (a.k.a. On Food and Cooking). Because octopus meat is primarily muscle and connective tissue, it starts out chewy when lightly cooked, turns tough when moderately cooked, and goes on to become tender went cooked for a long time. Further research also revealed that frozen octopus tenderizes much faster than fresh octopus. Score! 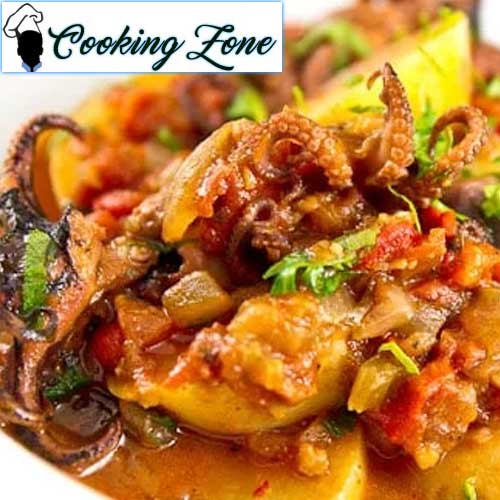 Still thinking about Spain’s win in the World Cup, I decided to give this stew a Spanish touch. I got it started with a sofrito of celery, onions, garlic and tomatoes, then rounded it out with piquillo peppers and sweet paprika. As with all new foods I experiment with, I wasn’t expecting much at the get-go, but I’d be lying if I said my expectations didn’t grow as the kitchen filled with the wonderful aromas of garlic, tomatoes and peppers intermingling with a light sea breeze.

After giving the octopus a head start, I added some just-dug potatoes that were so fresh, the skin literally washed off. These fresh Yukon Golds had a silky, almost waxy texture that worked as the perfect counterpoint to the protein rich octopus and the sweet, tangy sauce. My only regret is that I didn’t have a glass of Albariño and a loaf of bread to sop up the thick sauce with.

How To Make Baby Octopus In Tomato Sauce