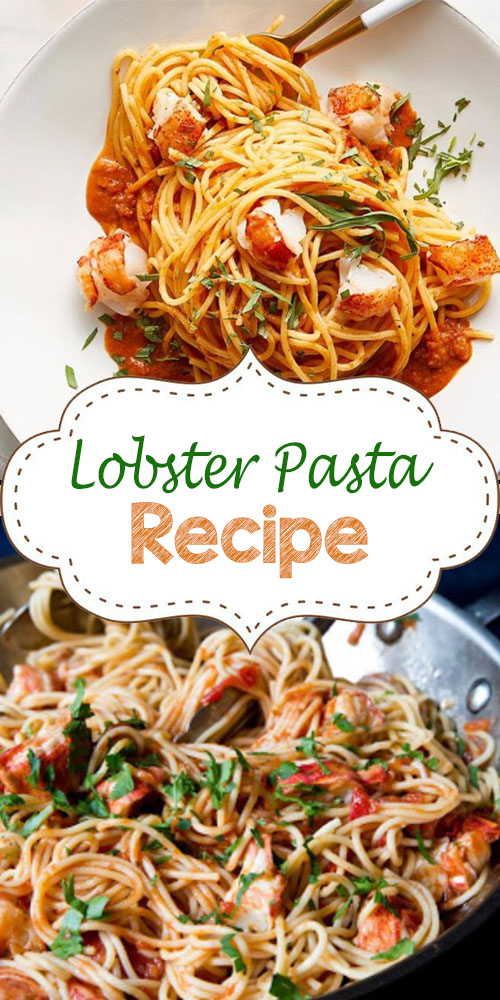 This Lobster Pasta is full of lobsters and surrounded by popular Italian pasta, spaghetti with strong garlic aroma from the garlic butter sauce. This is a really palatable dish you should try to make your own at home. Once, you can make it on your own, you’ll find out that making Lobster Pasta at home is not as expensive as going to some Eateries to buy the Lobster Pasta.

WHAT DO YOU HAVE TO DO TO MAKE YOUR OWN LOBSTER PASTA AT HOME?

First of all, it will be much better if you just make sure that you have a fresh lobster, but if don’t have it, it’s still possible to use the frozen lobster. Asian style is used in cooking this Lobster Pasta. The first thing to do is to cook the lobster and take out the meat from its claws and tails prior to cooking.

As mentioned above, you’ll enjoy a strong scent of garlic from this dish, and to make this Lobster Pasta become more delectable, it is advisable to use rice wine for the seasoning of the butter sauce. And by doing this, you’re really going to enjoy the heavenly and yummy Homemade Lobster Pasta!! By the way, if you want to make it creamy, just put a pinch of whipping cream to the sauce.

These several tips maybe will be useful for you to handle the lobster before you start to cook your own Lobster Pasta at home.

Taking out the lobster meat from knuckles and claws is a little bit challenging because you want to have it as complete as possible, don’t you? So, just do your best. Finally, put the knuckle and claws meat into the same bowl of the tail meat. Just give it a try and good luck!

Hopefully, these several tips on handling the lobster before cooking Lobster Pasta will be beneficial for you, so you’ll enjoy and have the best homemade Lobster Pasta!!

This Lobster Pasta has 617 calories per serving.

WHAT OTHER KINDS OF MEAL TO SERVE WITH LOBSTER PASTA? 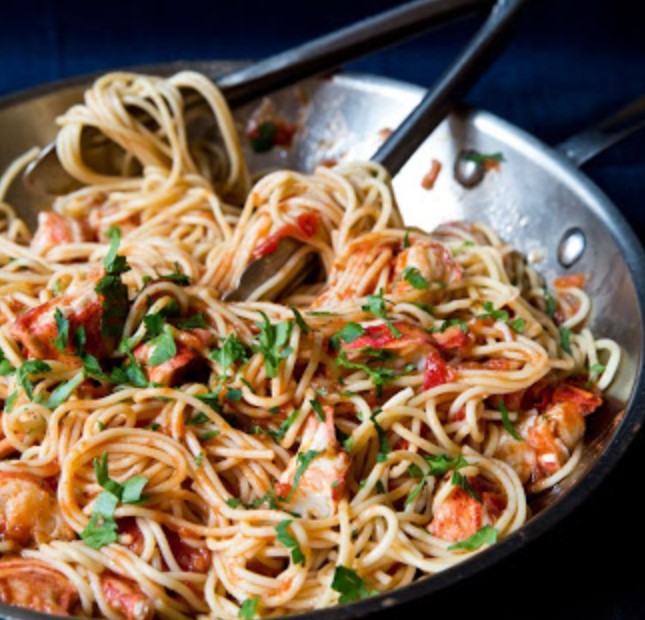 Some other meals such as Garlic Butter Sauteed Spinach, Surf&Turf, Focaccia, and Herb Roasted Tomatoes can be served together with Lobster Pasta.